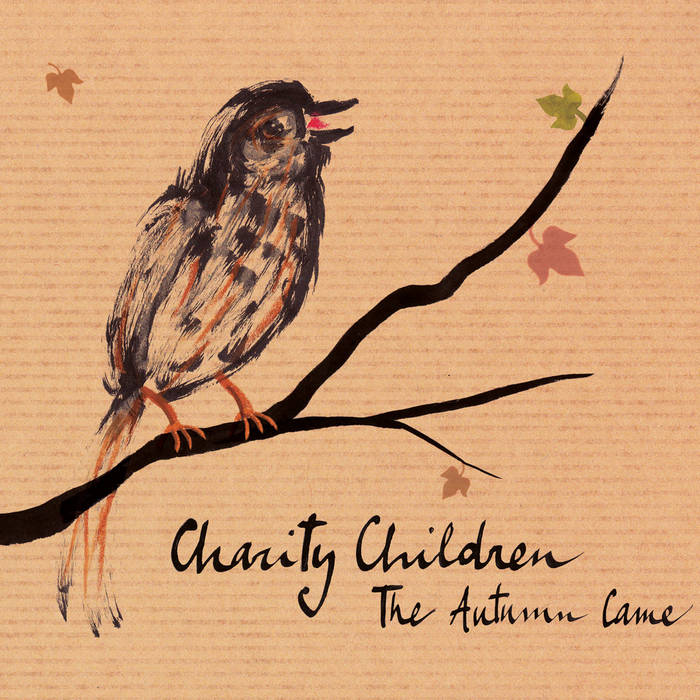 Ioannis Ntanos Speechless. So happy my love introduced me to you. xx Favorite track: Little Sparrow.

wonderdog How could anyone NOT love this album? Beautiful music with just the slightest hint of Beirut (the band).

Daniel Skubal I don't buy many physical albums, but this one stuck out to me and has been playing on my ipod and CD player for about three weeks now. It's short, sweet and leaves you wanting more.

One of my favorite tracks is "World's Tallest Man Meets World's Shortest Man". I just love the idea of this unlikely pair coming together and realizing that their problems are one in the same, and then befriending one another over that.

The tale of 'Charity Children' is not a typical band story - it is a chronicle as genuine, pure and as profoundly heartfelt as the music they produce - one which spans two years and sees the New Zealand lovers rising in a foreign city where they knew no one, to eventually becoming one of the most celebrated indie-folk bands playing in Berlin today.

Monkey Records is proud to announce the release of ‘The Autumn Came’, the band's eagerly awaited debut album.

Soon after Chloë Lewer and Elliott McKee fell in love making music, they embarked upon a musical odyssey to Germany where their street grown indie-folk very quickly became a Berlin institution - their music becoming a soundtrack to the vibrant but wounded city. Enchanting large audiences with their endearing style, raw energy and miraculous vocals, the pair would roam the city, every day, sending their melodies flying through Berlin's streets and smoky bars. Their ukulele driven sound has the ability to disarm the most robust cynic, reminding those who listen of the necessary place of idealism in a less than ideal world.

‘The Autumn Came’ represents a selection of songs written and performed over the pair‘s first summer in Berlin and, moving inside, recorded over their first European winter. Collaborating with some of Berlin's finest session musicians and producer Nigel Braddock, they transfer their distinctive street-folk sound into the studio, the arrangements expanding to feature an orchestra of horns, strings, percussion and even a childrens’ choir, all without losing the appealing innocence and sincerity which would often stop passersby in their tracks on the streets of Berlin.

The debut album lasts just 33 minutes, but in that time ‘Charity Children’ take you on a journey from despair and alienation to one of joy and wonder and perhaps ultimately leaving you too, like them, feeling "hopelessly hopeful".

Having their anthemic debut single 'Elizabeth' winning 'Best Song' at the Berlin Music Video Awards and recieving widespread acclaim, the anticipation for their album is high. Written and performed in love, ‘The Autumn Came’ is the first time the music of Charity Children has been heard beyond the streets and nightspots of Berlin. It certainly won’t be the last.

For fans of Edward Sharpe and the Magnetic Zeros, Beirut, Of Monsters and Men, The Head and The Heart, The Lumineers, First Aid Kit, Noah and the Whale.

“Charity Children have that immediate chemistry that cannot be explained.” - Rarity In Form

“Some bands are just meant to be.” - Alphabet Bands

“A unique sound, indie-folk at its very best.” - Kentuckyseven

“How I had never heard of them is beyond me, but now that I do I feel as though my musical heart is one step closer to being full of all the right things.” - Highlight Magazine