Henry Green and the Island of Tuliarts 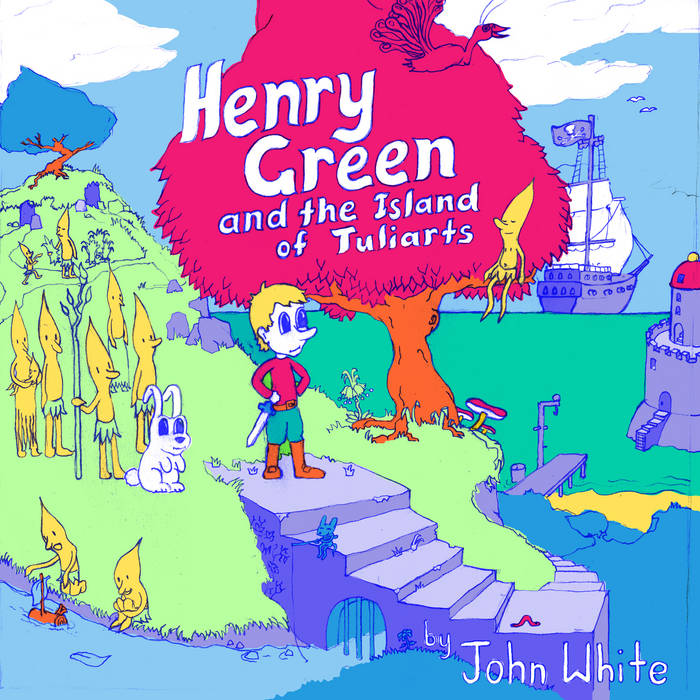 "Henry Green and the Island of Tuliarts" by dream pop artist, John White. is the fourth solo departure since 2000 for the Dunedin-based singer from his heavy popgaze bands Mëstar and the Blueness.

To listen to a John White album is to succumb to a dream world, both in terms of the fantastical themes and the ethereal textures he uses, and “Henry Green and the Island of Tuliarts” is no exception. Under a soundbed of lush string arrangements and gently strummed guitars, John’s softly delivered and ever so sweet vocal harmonies beguile and at times thrill. Alternating with the exquisite chamber folk arrangements of the title track and others such as Batholemule Brixton and Noneoir, are more trad. influenced songs such as Whisky and Beer and Sally, the latter about the heartbreak and isolation of those sailing to New Zealand from the UK in the late 1800s. “Farewell Song” is written for a musician friend who passed away suddenly during the making of the album.

Several of the songs have a nautical theme, with characters overlapping in the stories. The story of Henry Green is about an imaginary island sinking into the rising ocean. The Tuliarts who have lived there peacefully for thousands of years are colonized by greedy pirates but ultimately saved by Henry. Another sailor who Henry Green later joined forces with, is Captain Sabotka, named after a young family member of John's. The stories of Captain Sabotka came about as made up bed-time stories involving a magic wizard crab whose magic only works when Sabotka's eyes are closed (a trick for getting him to sleep). Before each story, John would sing the theme song to introduce the story in the same notion as Postman Pat or Thomas the Tank Engine, resulting in the album version.

Many other magical creatures appear on the album: banshees, lady elves and lexaloffles to name a few. It should come as no surprise that John also designs retro style video games and has a knack for inventing fantastical worlds and creatures. The brightly coloued eyecatching cover of the album is also drawn by John.

"Henry Green and the Island of Tuliarts" was recorded and produced in Berlin by Monkey label boss Nigel Braddock in the summer of 2014 with a few overdubs added in August 2016 in Dunedin and Berlin. On the album, John plays viola, guitar, piano, percussion and a whisky bottle with special guest David Sills (Charity Children) featuring on cello.