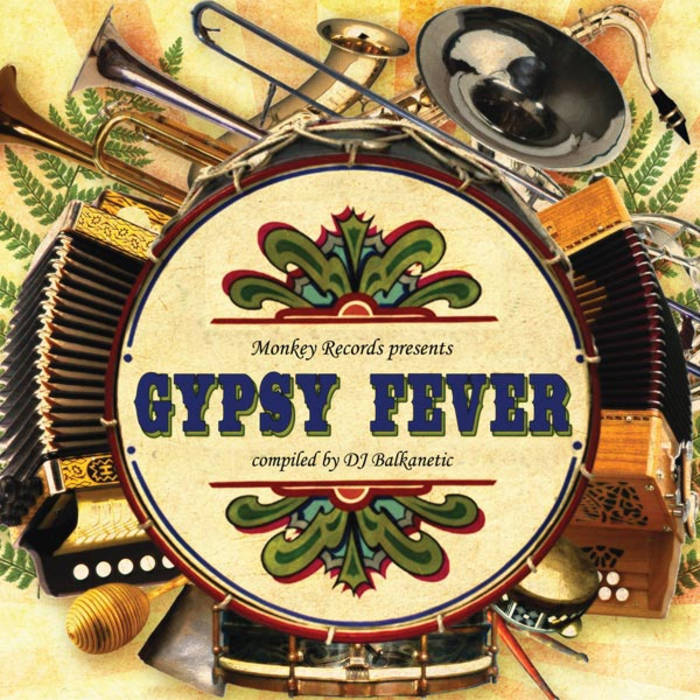 Starting with a legendary warehouse party in Auckland in 2007 featuring The Benka Boradovsky Bordello Band and DJ Balkanetic, Gypsy Fever has grown into a national phenomenon with many packed out events in Auckland and Wellington, four national tours and appearances at several major festivals including Splore, Parihaka and Prana.

Now DJ Balkanetic has compiled a CD featuring 12 East European influenced bands from New Zealand and Australia including Gypsy Fever favourites such as The Benka Boradovsky Bordello Band, The Mamaku Project, The Jews Brothers and Niko Ne Zna. From gypsy swing to Balkan brass to electro to gypsy punk, this compilation explores many facets of this burgeoning scene with a firm eye upon the dancefloor.

It’s a celebration of the cultural collisions that happen in Australia and New Zealand, countries that are very remote from Europe but yet are connected culturally. Where else can you find an Australian born Polish artist singing in a Papua New Guinean language with a Balkan feel being remixed by one of France’s top producers?

As far as we know this is the first ever compilation of its type celebrating East European music from Australasia and the album features well-established bands such as Niko Ne Zna, The Jews Brothers and The Mamaku Project plus relative newcomers on the scene such as Bella Cajon and Black Spider Stomp. Most of the tracks have been newly recorded or recently released plus there'll be a couple of old classics. Lovingly selected by DJ Balkanetic, this could be the soundtrack to your very own Gypsy Fever party at home - opa!
NIKO NE ZNA: Explosive 9 piece balkan brass band from Wellington (the balkans of New Zealand) Niko Ne Zna are a truly authentic ensemble. They can roam while playing, and enchant the audience into dancing, singing, clapping and stomping all night long. Niko Ne Zna will be touring to promote the compilation as well as their long awaited debut album.

THE WOOHOO REVUE: A fiendishly talented sextet of horns, strings and drums from Melbourne, The Woohoo Revue have forged their reputation throughout Australia as a festival favourite with their signature sound and an adrenalin-fuelled celebration fit for dancing, drinking, and ignoring tomorrow.

BARONS OF TANG: Lashing Tango, Rockabilly, Metal and Gypsy feels together with hard hitting guitar riffs, double kick blast beats and massive horn arrangements, The Barons of Tang have been driving audiences wild all over the world with their incendiary live shows.

THE MARGARET STREET PROJECT: The Margaret St Project is about Rroma Gypsies, Newtown neighbours, psychic premonitions, a Texan oil baron, a Bosnian postman and an enchanted bar deep in the heart of Rockdale. they proudly play authentic Roma Gypsy melodies infused with Tango, swing and Mexicana and original songs inspired by life in Inner-Western Sydney.

THE BENKA BORADOVSKY BORDELLO BAND: Hailing from the slums and ghettos of Auckland (the Prague of the South), the highly theatrical Benka Boradovsky Bordello Band fronted by the flamboyant and usually shirtless flaming-bearded Benka played at every single Gypsy Fever show till they spectacularly combusted at the end of their last tour early 2011 (but the music lives on).